A momentous month with lots happening.

Firstly, the roof on the extension was finished and slated with 80% recycled slate tiles, which can cope with the shallow pitch better than natural slate, as we have on the main roof. 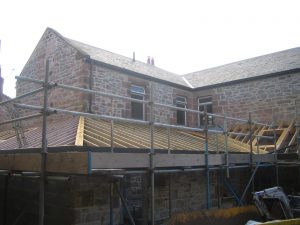 Then once watertight, we could move on to the floors finally. The subfloor is a thick layer of recycled glass called “Glapor”, which looks like coal but is incredibly light. The underfloor heating pipes were laid on top of the Glapor before mixing up the limecrete slab to cover them. This entailed an articulated lorry load of materials being stored temporarily outside the house as one floor of 5 was laid per day for a week.

So we’re all ready to do first fix electrics, plumbing and IT cables now. The floors need a month to dry and carbonate (the lime absorbs carbon dioxide from the air and turns back into limestone) then we can think about laying the stone flags.

We’re starting to look quite tidy at last! 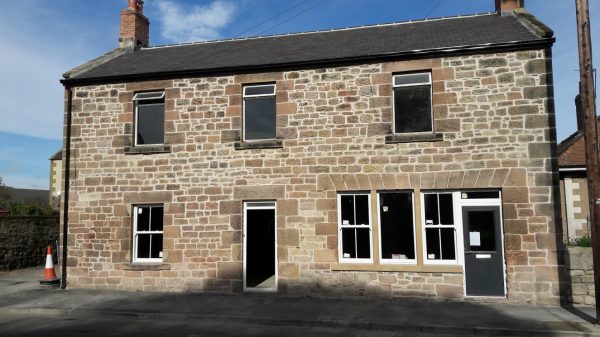