“the quality of being physical, especially when emphasised, or overemphasised.”

“the quality of being full of energy or force” 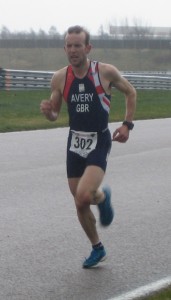 Giving it all you’ve got on the last lap of a 10km race in freezing cold rain and a 50mph wind.

So take a professional sports team. It’s their JOB to play with physicality. That’s all they do. Yet, they cruise through the first half, or the first period, or whatever time compartmentalization that particular sport has, and they just…play. Just phone it in. Go through the motions. Then, when,  SURPRISE, team A discovers they aren’t beating the team B, they start playing with physicality, and win the game. Seems like they should have just done that from the beginning.

But physicality isn’t just about more physical effort, it’s about the mental approach as well. Here’s a quote from Liam Messam of the All Blacks:

“….the physicality was mental as well as technical. You turn up with the right attitude and that’s half the problem sorted.”

So as the recruitment advert for the Royal Marines says:

“Physicality. It’s a state of mind. You may already have it”