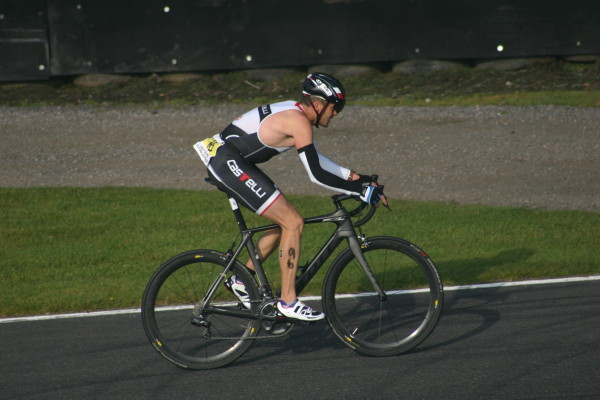 But how does this happen? How does the body handle oxygen?  How do we measure aerobic capacity and what are the physiological effects of training on the way we handle oxygen?

Here are the notes from the talk which attempted to address a massive subject and summarise the main points. 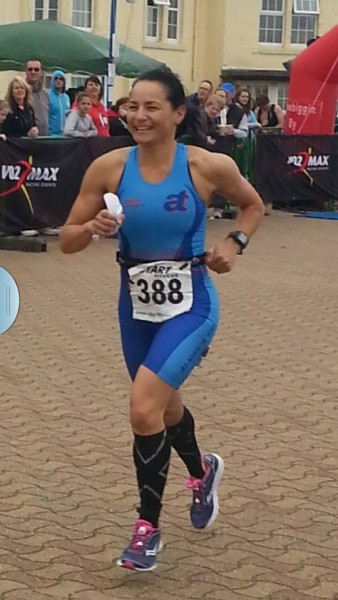 WHAT (physiological parameters) are we training and why, not HOW to train them. That comes later!

Aerobic Capacity is the ability to consume O2.

Endurance athletes have superior aerobic energy transfer and so aerobic capacity is a major factor in endurance performance.

It represents the maximum amount of O2 that can be removed from the circulating blood and used by the working muscles. Elite athletes have around twice the VO2max of sedentary people. A high VO2max requires integration of pulmonary, cardiovascular and neural systems and is a good indicator of endurance performance.

However, VO2max is NOT the sole determinant of endurance performance. Other factors, mainly at the local tissue level strongly influence a muscle’s ability to utilize oxygen and hence the ability to sustain a high level of aerobic activity.

So the cyclist can consume more O2 for their size.

Average relative VO2max for 35yo men in the general population is around 35mls/kg/min.

It declines with age and is lower for women.

VO2 max is a good indicator of endurance performance. It will differ between sports in the same person as the exercise requirements are not the same eg running involves more all body activity than cycling, so running VO2max will be higher .

What are the physiological steps in the consumption of oxygen? See Figure 1

FVC is 4-5L in men and 3-4L in women, is mainly genetic and is NOT altered by training

FVC is NO indication of aerobic fitness or performance as long as it is within a normal range and untrained people the same size as a trained athlete may have similar FVCs.

Blood flow velocity is NOT a limiting factor either (except in EIH=Exercise Induced Hypoxia in elite athletes, thought to be a ventilation/perfusion mismatch)

Women have smaller lungs, reduced lung function measures, reduced airway diameter and reduced alveolar surface area even after allowing for their smaller stature and so have reduced aerobic capacity than men.

Exercise Hyperpnoea = desperate gasping/heavy breathing at intense levels of exercise is NOT due to inability to breathe in enough O2 as alveolar O2 levels rise and CO2 levels fall in this state of hyperventilation. Stimulus for this is thought to be neural.

What happens to the CV system on exercise?

SV is higher at rest to start with in trained athletes.

On exercise SV increases with intensity  up to an exercise intensity of about 50%VO2max then plateaus. Further increases in CO are due to an increase in HR only, until max HR (and max CO) is reached.

Increases with intensity rapidly within 30 seconds to 2 minutes of a run then gradually increases further to a maximum, roughly (10% variation) 220-age

Why is HR lower in fit people? SV increases with training.

The changes in SV (and hence CO) are due to increases in:

and are a result of training.

Relies on aerobic metabolism and has 3x the oxidative capacity of skeletal muscle.

Systolic BP increases rapidly with exercise at first then in proportion to intensity, reaches about 200mmHg. Increase in mean arterial pressure combined with reduced peripheral resistance as blood vessels dilate (resistance to flow is inversely proportional to radius to the power of 4 (eg if the radius doubles the resistance to flow falls by a factor of 16, so a small dilation massively reduces resistance to blood flow)

Rbcs carry O2 from the lungs to the working muscles,bound to Hb

At the muscle cell, myoglobin Mb has a greater affinity (250x) for O2 than Hb and so the O2 moves from the rbc to the muscle cell. CO2 moves out from the muscle cell to the blood and is carried away  dissolved in plasma (as H+ and HCO3-) to the lungs where it is breathed out (as CO2 and H2O).

Concentration of Hb in rbcs increases with training.

Dietary Fe important – main sources of haem iron are red meat, fish seafood, poultry and other animal products, also in leafy green veg. Non haem iron is found in plants and is more difficult to absorb, hindered by phytates in some vegetables and pulses and by dairy products.

Note – training must be of sufficient intensity ( i.e.around LT) for adequate time and repeated bouts of training for Hypoxic Factor to be released.

So a trained athlete is borderline anaemic on standard blood tests with a haematocrit of 38% (normal range 38-50% for men), due to increased plasma volume. However, total rbc mass increases as well. The increased blood volume increases both SV and total rbc mass, thus increasing CO and aerobic capacity.

“Shunting” of blood away from non-vital organs and the skin (5% blood to skin at rest, 20% during exercise in warm conditions but shunting away from the skin still occurs on maximal exercise).

In prolonged periods (>15 minutes) of submaximal exercise, SV falls and HR rises as intensity remains constant. Due to sweating and an increase in core body temperature causing a fluid shift from the plasma to the tissues, so plasma volume falls and SV falls, reducing VO2max. A trained person has reduced cardiac drift.

Finally the oxygen laden blood arrives at the muscles. O2 uptake and utilisation at the muscle depends upon the following factors:

Density of the capillary bed – a network of tiny blood vessels throughout the muscle.

ALL of these increase with training, thus increasing aerobic capacity.

The main variables affecting aerobic capacity, VO2max and LT are:

Training must include intensities at or around LT, for an adequate length of time per workout and workouts at this level must be repeated.

VO2max may not increase following training whilst endurance performance does improve.

As endurance is performed at LT (race pace) not at VO2max (a higher level of intensity than LT), training induced improvements in performance correlate more with training an increase in LT than with changes in VO2max.

Think of it a bit like HR. Training doesn’t change your max HR, but resting HR is lower if you are fit because you are physiologically more efficient. Similarly training doesn’t necessarily increase your VO2max, but your ability to consume oxygen (aerobic capacity) at submaximal exercise intensities (up to LT) does. Your LT increases, as you can utilize oxygen better and delay going anaerobic.

So you can run faster at your race pace (LT).

The diagrams to support this text can be found below: