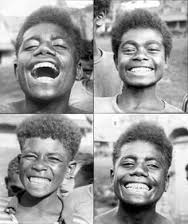 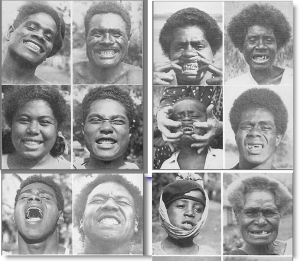 For those of you who were unable to attend the talk, here are the notes:

Here’s an excerpt from the Financial Times Weekend dated 16/7/17. A panel of experts were asked “What’s the big, bad idea?” within their field of expertise. This is the answer given by Stephen Westaby, a heart surgeon:

“One of the most interesting pieces of news to come out of the (recent conference of the) European Society of Cardiology was that people who have a low-fat diet have a higher mortality rate. For years and years and years, we’ve been flogged with advice to avoid bacon, to avoid eggs, to avoid cheese. A very large study has shown that those who take a low-fat diet have about a 25% chance of dying earlier, either from heart disease or cancer. So we’ve had 25 years of misinformation”.

So what has happened to our diet and health? How come we’ve had “25 years of misinformation” which has increased our risk of heart disease and cancer? On what evidence exactly was this “misinformation” based? How has our diet actually changed over the years and why did those changes occur in the first place? Are all of the “Western diseases” of tooth decay, obesity, heart disease, high blood pressure, type 2 diabetes, bowel disease, NAFLD, stroke, cancer and Alzheimer’s associated with a “Western” diet and has their incidence increased with changes in diet?

In order to answer these questions, we must take a logical approach and look at the following:

The simplest approach is a chronological one. So we are going to start by looking back not just 25 years, but two and a half million years.

2.5 million years ago to about 15,000BC-Paleolithic era. Marked by the use of stone tools by early Homo habilis who evolved into Homo sapiens during this period. Hunter-gatherer diet, wide variation of plant/animal sources.

Agricultural revolution  10,000 years ago, early growing of wild cereals mainly in the East, domestication of animals and settled populations

Industrial revolution 200 years ago in 1800s and importation of sugar from Caribbean/slave trade, mechanisation of food production. Appearance of diabetes (rare, 1-2 per 1000) and obesity only amongst the affluent. Sugar consumption per person per annum was about 5lbs.

1930s- Nutrition and Physical Degeneration by Weston Price, a masterpiece of nutritional science. One man’s study of the effects of a “Western” diet on hunter-gatherer populations – “Western” diseases previously absent appeared within a generation. The photographic evidence of the physical degeneration resulting from the abrupt change from indigenous foods to a Western diet is painstakingly recorded in a multitude of “primitive” populations across the world.

1950-1970s– an “epidemic” of heart disease (CHD). Loss of European scientific papers (especially those in German) expressing the view that obesity was due to refined carbohydrates and sugar. Sugar consumption was about 70lbs pp pa.

1970s– Big debate on the dietary cause of CHD – fat or sugar. Sugar consumption now about 100lbs pp pa (ie we were eating in 2 weeks the sugar our ancestors of 200 years ago ate in a year). Ancel Keys (cholesterol/saturated fat) vs John Yudkin (sugar). Seven Countries study (trans fats included in studies at this time, also not yet known that there are 2 types of LDL and TGLs difficult to measure). French paradox.  Food industry supported Keys, his laboratory financed by US Sugar Association; Prof. Yudkin personally and professionally attacked by British Sugar Foundation, wrote “Pure, White and Deadly”.

1977 – a defining moment George McGovern, Chairman of US Committee on Nutrition, a politician, decided it was fat causing CHD, against scientific advice that the fat/CHD hypothesis was unproven and the effects of a low fat diet were untested and unknown. His decision led to “Dietary Goals for the US” in 1980, the start of the low fat/high carbohydrate diet. Advice was to reduce dietary fats (from 40% of dietary calories to 30% with no more than one third from saturated fat) and increase carbohydrates (to 55-60% of dietary calories).

1992 US Food Pyramid. The first chart suggested to the USDA by nutritional experts in 1980 featured fruits and vegetables as the biggest group, not bread and other starchy foods. The original research based ‘Pyramid’ emphasized eating

This chart was overturned at the hand of special interests in the grain, meat, and dairy industries, all of which are heavily subsidized by the USDA. If Americans followed the chart suggested, they would buy much less meat, milk, and bread. However, the original composer of the food Pyramid, Luise Light warned that if they ate as the revised chart suggested, it “could lead to an epidemic of obesity and diabetes”

USDA censored that research-based version of the food guide and altered it to include more refined grains with 6-11 portions of bread, cereal, rice and pasta, only releasing their revamped version in 1992, 12 years after it was originally scheduled for release.

2005 US Food Pyramid.  The new 2005 Pyramid was again criticized as being heavily influenced by the food and drug industries. A series of research articles in 2013 and 2015 demonstrated that the dietary data used to develop the US Dietary Guidelines were “incompatible with survival” and should not be used for public policy.

A research paper in the British Medical Journal in 2016 states that the scientific committee advising the US government has not used standard methods for most of its analyses. It instead relies on the American Heart Association and the American College of Cardiology which are heavily supported by food and drug companies.

UK advice followed that of the US over this period. NHS advice is currently in the form of the Public Health England “Eatwell Guide” (2016).

1977-1996 low fat / high carbohydrate diet advice changes the food industry products and the dietary patterns of the population  As government advised us to eat a low fat/high carbohydrate diet, the food industry responded by making foods predominantly low fat/low cholesterol, increasing the use of manufactured fats and sugar. Consumption of butter fell by 38%, meat by 13% and eggs by 18%, whilst grains/sugar consumption soared by 45%. Obesity rates and diabetes soared too, as predicted back in 1980 by Luise Light in his objections to the 1992 US Food Pyramid, revised by the USDA under pressure from the food industries.

Annual per capita sugar consumption has increased from 5lbs per person in the 1800s to 150lbs today.

History shows us that populations eating a hunter-gatherer diet of meat, fish, fruit, vegetables, eggs, nuts, & seeds, which is low in processed foods, sugar, refined carbohydrates and manufactured fats, do not suffer from Western diseases. Even today, the Masai subsist on cattle blood, meat, milk and little else. Native Americans subsist on beans and maize. And the Inuit in Greenland subsist on whale blubber and a bit of lichen. These populations are unaffected by Western diseases.  In the 1930s, Weston Price showed us that the introduction to a hunter-gatherer population of a “Western” diet, i.e. a diet high in refined carbohydrates, flour, processed fats & sugar, is associated with the appearance of physical degeneration within just one generation.

Yet despite this nutritional knowledge, the “Western” low fat high carbohydrate diet has been US and UK government advice for decades and remains government advice today. The irony is, the one diet we have invented for ourselves – the Western diet – is the one that makes us sick. As the cardiologist Stephen Westaby has just said, we have had “25 years of misinformation”.

(Note: I am assuming that “25 years” is referring to the first US Food Pyramid published in 1992.)

The result?  Physical degeneration. We now have unprecedented levels of obesity and diabetes (with the possibility that other Western diseases hypertension, heart disease, Alzheimer’s, NAFLD, bowel disease and cancer share a common cause – to be discussed another time).

Current evidence clearly shows that the low fat/high carbohydrate diet is unhealthy. Low saturated fat intake increases your chance of early death whilst higher fat intakes reduce it, and high carbohydrate diets have the highest risk of early death. The emphasis on calories, “eat less, move more” is based on the flawed energy balance equation (again the subject of a future talk!). The food industry declares that calories from sugar are fine as part of a “calorie controlled diet” rather than examine the effect of sugar on our health. Government blames the individual for poor dietary choices contributing to their health problems rather than question their own dietary advice.

Comments on diet by eminent physicians 200 years ago show that the cause of obesity (starchy, sugary foods) was already recognised:

Weight gain is due to eating too many “fattening carbohydrates” and “many of our diseases may be attributed to too free a use of sweet food” William Banting, Letter on Corpulence (1863)

“Sure enough, carnivorous animals never grow fat (consider wolves, jackals, birds of prey, crows, etc.). Herbivorous animals do not grow fat easily, at least until age has reduced them to a state of inactivity; but they fatten very quickly as soon as they begin to be fed on potatoes, grain, or any kind of flour. … The second of the chief causes of obesity is the floury and starchy substances which man makes the prime ingredients of his daily nourishment. As we have said already, all animals that live on farinaceous food grow fat willy-nilly; and man is no exception to the universal law”. Brillat-Savarin, Jean Anthelme (1825). The Physiology of Taste.

So, what does history tell us to eat?

Populations which eat indigenous food are healthy. Introduction of processed foods, white flour, sugar and processed fats coincides with physical degeneration. Government advice since 1980 has been to increase our consumption of these modern foodstuffs. Our health has worsened. Ironically, despite the affluence of the West we suffer physical degeneration due to malnutrition. What to do?

Stop and think. Look at what is in front of you. Is it really food?

Nutrition author and harsh critic of US food policies Michael Pollan coined the phrase “foodlike substances”-  stuff to be avoided (i.e. processed foods, anything out of a factory, anything with a long list of ingredients, anything with ingredients you can’t pronounce, anything which doesn’t eventually rot, anything your great grandmother wouldn’t recognise as food). “Food” means real food – vegetables, fruits, meat, fish, seafood, eggs, whole grains, nuts, seeds, dairy). His dietary advice (7 words) is simple:

“Eat food, not too much, mostly plants”.

And we’ll leave the last word with Marie Antoinette:

“There is nothing new, except what has been forgotten”

NB:The above aims to inform so that individuals can make their own dietary choices – it does not constitute dietary advice.